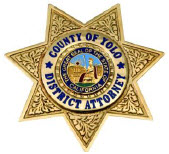 Office of the District Attorney

The investigation into Safeway’s practices began after discovery of improper shipments of hazardous and pharmaceutical waste to Safeway’s distribution centers from their stores. The investigation revealed that Safeway was also routinely and systematically sending hazardous and pharmaceutical wastes to local area landfills not equipped to receive such waste. Upon being notified by prosecutors of the widespread issues, Safeway worked cooperatively to remedy the issue, enhance its environmental compliance program and train its employees to properly handle such waste.

Pursuant to the terms of the Final Judgment and Permanent Injunction, California Safeway stores have adopted new policies and procedures designed to eliminate the improper disposal of retail hazardous waste products and pharmaceutical waste into store trash bins for eventual disposal into local landfills. In addition, the corporation must pay $9.87 million in civil penalties, costs and supplemental environmental projects. Under the terms of the settlement, Safeway must also continue its First Assistant Store Manager Program designed to address environmental compliance at the store level and conduct annual store audits.

District Attorney Reisig stated: “The collaboration of the Yolo County District Attorney’s Office, the California Department of Toxic Substance Control, local Environmental Health Departments and other prosecutorial agencies is essential in matters such as these that affect the quality of life for our local citizens and those throughout California. Ultimately, our common goal is to ensure that environmental laws are complied with by all so that the best of California is preserved for future generations.”