The Birth of DTSC

Forty-six years ago, DTSC was a Department of Health unit of five staff members. The toxic threats were real, but recognition of them was just beginning. Today, DTSC is a department with almost 1,000 staff members in 10 offices around the state, charged with protecting California’s people and environment from the harmful effects of toxic substances. How we got here is a story of crises and alarms; of public outrage and government response; of regulations and enforcement. It begins with a formal national recognition of the need for environmental protection.

Senator Gaylord Nelson of Wisconsin declares April 22 as Earth Day, proclaiming that “A polluted countryside represents the antithesis of freedom.” That year, more than 20 million people participate in Earth Day events throughout the country.

Before this year, no state agency in California had direct statutory authority to regulate hazardous waste. The Hazardous Waste Control Act, passed in 1972, changes that by defining “hazardous waste” under the laws of California. The Department of Health Services accepts the task of developing a hazardous waste management unit. 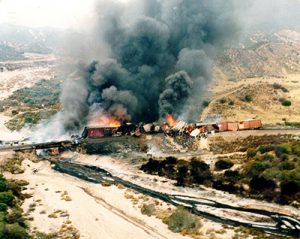 The Hazardous Waste Management Unit fights for funding, staff, and resources. This changes when Love Canal, a New York community built atop a toxic waste site, brings toxic waste into the forefront of news and legislation. By 1978, nearly 70 people are working in the Unit, and it is elevated to branch status.

Congress enacts The Comprehensive Environmental Response, Compensation and Liability Act (CERCLA), commonly referred to as “Superfund.” The Stringfellow site in Riverside County is one of the first on California’s Superfund list. 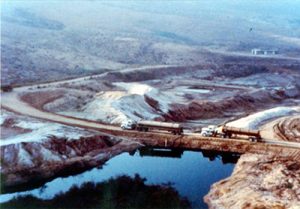 The Hazardous Waste Management Unit becomes the Toxic Substances Control Division.  It has two offices, a laboratory in Berkeley and a Sacramento office.  A concerned and often outraged public fuels the need to inform and include communities in the process of cleaning up hazardous waste sites. In response, the division hires a specialist to handle public relations and two public information officers. 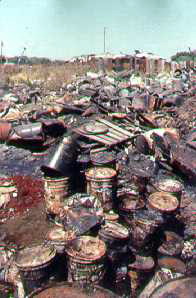 Voters approve the California Superfund Act, an initiative to provide money for the State to clean up abandoned waste sites by raising $100 million in State bond money.

The Toxic Division establishes a peace officer program with eight investigators. Called the Criminal Investigations Program, investigators receive complaints from a variety of sources: legislators, neighbors, and even disgruntled employees. Depending on the nature of the complaint, investigators sometimes perform “sit and wait” surveillance.

The federal government announces the first of 22 major military base closures in the U.S.; most are in California. The Department of Defense (DOD) is adamant that they are not going to pay for cleanup costs. After the Toxic Division threatens to sue the military for reimbursement of cleanup costs, the DOD relents. McClellan Air Force Base in Sacramento is described as one of the worst hazardous waste sites in California. 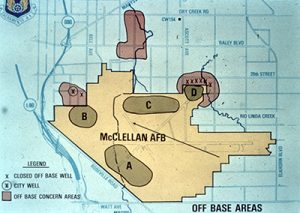