Explosions stemming from the use of butane gas to extract THC from marijuana are getting more common – and so are calls to the state Department of Toxic Substances Control Emergency Response Unit to help clean up the mess afterward.

Experts link the increase in extraction to the manufacturing of hash oil, a particularly potent form of marijuana. Its use is increasing as vaporizing, or vaping, and medical marijuana become more common.

Butane is a hazardous waste, so DTSC often gets the call when firefighters or police responding to reports of a hash oil lab or explosion find telltale canisters. DTSC also gets called when abandoned butane canisters are found along a road – presumably dumped by people trying to create hash oil. The crews safely dispose of the butane containers and other contaminated material.

In 2014, DTSC’s emergency response unit and its contractor crews responded to 50 reports of hash oil labs and 18 reports of aband 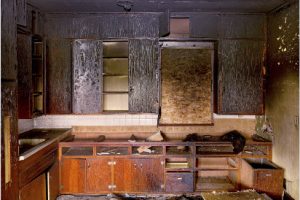 oned butane canisters, including a bust in Gilroy, where police found a lab and arrested two people, said Adam Palmer, Senior Environmental Scientist in DTSC’s Emergency Response Unit.  That is a sharp increase from 2013, when DTSC conducted removals at eight labs and one abandonment.

“We started seeing these a year or two ago,” Palmer said.

Although illegal in California, the manufacturing of hash oil is gaining popularity. A Drug Enforcement Agent in this CBS, channel 8, story  from San Diego compares hash oil labs to “the  meth labs of yesterday” (although meth labs are still around, and DTSC responds to those too). Done incorrectly, the hash oil extraction process can be fatal, as evidenced by a case in San Bernardino County where a person died in an explosion. Butane is heavier than air, and sparks from an ignition source can cause explosions.  In 2013, at least 40 percent of the labs seized by the U.S. Drug Enforcement Agency in just San Diego County resulted in an explosion or fire.

Amateur tutorials on how to make hash oil can be found on the Internet, and the growth and danger concern state Fire Marshal Tonya Hoover.  Her goal for this year is to improve data gathering so officials have a better picture of the scope of the issue.

“As interest is heightened, I want to make sure everyone responsible for responding to these incidents is able to address the issues,” Hoover said, adding that increasing legalization of marijuana could add to the problem.