Pollution Prevention is in the Office 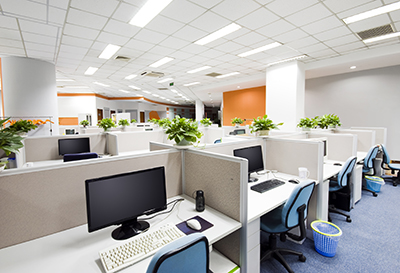 Believe it or not, your office can play an important role in reducing the amount of pollution that is released into the environment. Various activities associated with an office, such as purchasing office equipment and commuting to and from work, can impact the quality of local water, soil and air. Through adopting pollution prevention practices, such as conserving energy, using electronic mail and carpooling, your office can help eliminate pollution at the source, before it is created.

By reducing the amount of energy our office consumes, we can help decrease the amount of coal and other “air-polluting” fossil fuels burned to generate electricity while, at the same time, lowering the District’s monthly energy bill.

Everyone knows that driving a car to and from work each day contributes to diminished air quality and water pollution. Most people are also aware that less- polluting commute alternatives exist, such as carpooling, riding a bike, or taking public transit. Unfortunately, however, only a small percentage of people actually end up using these less-polluting options.

Carpooling is not only an effective way to reduce the number of vehicles on the road, it can help minimize the cost of your commute through sharing fuel costs with fellow carpoolers. Carpooling can also be a very social activity and, if you are a passenger, can help make your commute more relaxing. Having a successful carpool requires a little planning and a lot of teamwork.

Because more people live in the suburbs many miles away from where they work, commuting by bike is not an option. For the lucky few who live close to work, it is. Here’s how to make your bike commute safe and enjoyable:

The Department of Toxic Substances Control would like to thank and acknowledge Kate Slama of the Santa Clara Valley Water District’s Watershed Protection Unit for providing the information for National P2 Week.