The Department of Toxic Substances Control (DTSC) came away with the Most Innovative Team award at Revolutionary Technologies Expo 2018 (RevTechX), a conference that drew a dozen state agencies, many local governments, and scores of high-tech vendors from the private sector to Sacramento May 16-17.

“This is an awesome example of how DTSC programs working together bring success to the department,” Chief Information Officer Jennifer Benson said in announcing the award. Benson’s Office of Environmental Information Management and the Office of Criminal Investigations joined DTSC’s Site Mitigation and Restoration, Hazardous Waste Management, and Safer Products and Workplace programs at RevTechX. It was billed as the year’s largest government-focused technology event on the West Coast, with the theme of Future Technologies for a Better Government.

“We learned about some fantastic technologies that can bring value to DTSC and had great opportunities to network with other departments and local government,” Benson said. “This technology conference has provided tremendous benefits. It strengthens our partnership with other agencies and private-sector partners. Establishing these connections is very important.”

DTSC staff shared as much as they learned, showing visitors at their exhibit booth how the Department uses soil sampling tools, radiation detectors and other technology to detect toxic hazards in the field. Lead-tainted jewelry seized in DTSC investigations was also on display, along with information on how the Safer Consumer Products Program and CalSAFER work to reduce toxic chemicals in consumer products and promote safer alternatives.

DTSC experts with backgrounds in technology, environmental science, and criminal investigation teamed up for a panel presentation on the conference’s first day:

Environmental Scientist Bill Martinez of the Site Mitigation and Restoration Program’s Cal Center office presented a pilot study where DTSC used and adapted high-tech tools to plan and carry out the investigation of environmental hazards posed by an abandoned mine. He discussed how this approach can be applied to other sites and could help assess risks that DTSC personnel may confront in the field. “Information changes the game,” Martinez said. “Having real-time, accurate information can literally mean the difference between life and death” for DTSC Cleanup and Emergency Response crews.

Engineering Geologist Greg Neal, from the Geological Services Branch’s Cypress office, highlighted how DTSC uses software that visualizes hundreds or thousands of sampling data points to help communicate complicated concepts to the public, to “help them to recognize that the data near their home” – from nearby hazardous materials sites or operations, for example – “is or is not a problem.”

Information Technology Supervisor II Billy Ferguson explained how DTSC worked with software providers to customize technology for data collection and dissemination during and after last year’s devastating wildfires. The Ventura Fires Public Dashboard that they developed tracked the total number of parcels impacted, the number of parcels assessed for damage, and the daily progress in making those evaluations.

“Much like this conference, you bring a lot of people from diverse technological perspectives, and you see solutions that you didn’t see before,” Ferguson said of the collaboration between government agencies and vendors in that effort.

“A lot of the time, different state agencies have the same issues, and they may have solved [some] already, so through collaboration we can hopefully gain some leverage off that,” he continued. “We have been making strides in how we innovate our own processes with known technologies … We’re looking at working with other companies around here, getting exposed to these technologies and how we can go further – innovate our process, be more efficient, be safer, and ultimately communicate our progress to the citizens of California.” 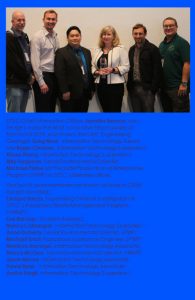 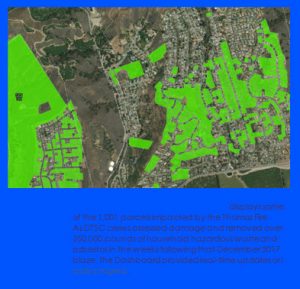