In 2015, the Department of Toxic Substances Control completed one of its most ambitious school-related cleanups – the 123,000-square-foot La Escuelita Education Center in Oakland.  Project manager Jose Luevano said the multi-year effort – site investigation started in 2009 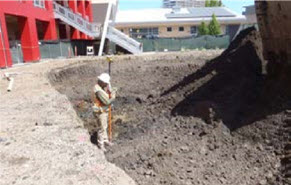 DTSC agreed to a phased schedule to meet the school district’s aggressive timelines. The work was carefully choreographed around the schedules of the school’s elementary and high school students. Wind screens and air monitors were installed, and work was halted when students were outside. Soil gas continues to be monitored on a portion of the property.

“It took a lot of coordination,” Luevano said. “We needed to ensure students, faculty and staff were protected during the cleanup
and wanted to accommodate the school district’s schedule. The end result was worth it. “ 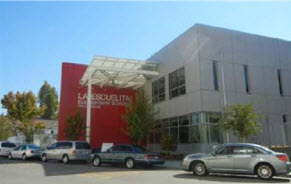 Established in 1999 as the first comprehensive school environmental evaluation program in the United States, the DTSC Schools Program continues to set the national standard. Since 1999, the Schools Program has provided new classroom space for more than 640,000 students.

Currently (2016,) the Schools Program is working on more than 140 school projects.  Those include a proposed high school that is expected to be under construction this spring in Salinas after pesticide-contaminated soil is removed, and an ambitious 116-acre project in the Fresno County city of Sanger that could eventually become home to a high school and middle school. A community survey revealed high interest in the proposal.

DTSC’s Schools Program evolved from two laws effective in 2000 that required the Department to be involved in the environmental review process for the proposed acquisition and/or construction of school properties using state funding.

The Schools Program ensures selected properties are free of contamination or, if they were previously contaminated, that they have been cleaned up to a level that protects the students, faculty and staff who will occupy the new school. “Proposed school sites that will receive state funding for acquisition or construction are required to go through a rigorous environmental review and cleanup process under DTSC’s oversight,” said Peter Garcia, Branch Chief for the Southern California Schools Program.

Reasons for cleanups are as varied as the projects. New school sites in rural areas often need to remove pesticides from old agricultural applications. The Murray Middle School site at the China Lake Naval Air Weapons Station near Ridgecrest is an example. Urban sites, such as the Wiseburn High School in El Segundo, might require a thorough investigation and remediation to remove threats from past uses.

Sometimes the cleanup is fairly simple; often it’s not. An ambitious project in the foothills east of Sacramento is an example of the latter. Three former garbage burn sites near Grass Valley – contaminated and unused since the 1940s – are being made safer to become part of a new charter school. DTSC directed the removal of 157 truckloads of contaminated soil in October 2015.

DTSC’s mission is to protect the public and turn brownfields green. The DTSC Schools Program leads the way when it comes to that.