A former plant nursery has become a new nursery school, with a little help from the California Department of Toxic Substances Control (DTSC).

DTSC administered a $156,000 subgrant to Windmill School and Family Education Center in Portola Valley to pay for the removal of toxic chemicals left behind from a plant nursery operation, clearing he way for a new school site.  Children ages 2-5 can play free of exposure to residue from years of fertilizer and pesticide use on the 1.68-acre campus, replete with a redwood grove and spacious gardens.

The school and its benefactors had already paid to remove pesticide contamination, including  dichlorodiphenyltrichloroethane (DDT), chlordane, and dieldrin, from much of the site. But a 170-foot underground drain pipe filled with contaminated soil sediment remained, and its removal was too costly for the 60-year-old nonprofit school.

This is where DTSC came in, administering a subgrant through its Brownfields Revolving Loan Fund Program. With the funds, the pipe was flushed and packed with controlled-density fill. Lim Barnett in the Grants and Program Support Branch administered DTSC’s funding, and staff at the DTSC office in Berkeley coordinated with Windmill School’s Karen Tate and the San Mateo County Department of Environmental Health to ensure the project met the standards for funding and cleanup.

The funds came from a U.S. Environmental Protection Agency Brownfields Revolving Loan Fund Grant to DTSC, which in turn provides subgrants to remediate abandoned toxic sites, turning them into beneficial places for the communities around them. DTSC has cleaned up thousands of acres of brownfields in California to create new housing, offices, businesses, and jobs.

Providing the subgrant and guidance is one way DTSC is meeting its mission of turning brownfields green and improving the lives and health of the people of California. 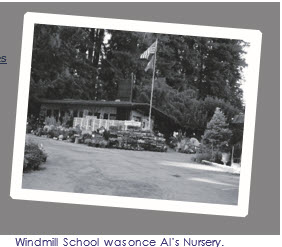